I went down to Portland for the weekend (May 20) for Kathy’s graduation party. Of course on the list was Waffle Window. Johnny and I discovered it one day when we decided we wanted some brunch before I had to head home. This was absolutely a treasure to find.
I went with all the girl cousins and Johnny. Johnny and I decided to split 3 waffles, where Cindy and Lily split one, Kathy ate one by herself. Yeah, you can say Johnny and I are fat asses, proud of it 🙂 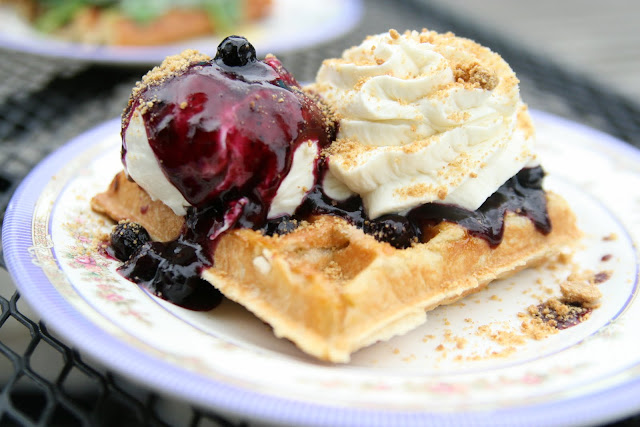 This is the blueberry cheesecake waffle. It’s blueberry cinnamon compote on top of a cream filled pudding with whip cream that’s sprinkled with graham cracker crust topping. It was quite tasty, but the whip cream was a little much. Both Johnny and I, and Cindy/Lily got this one. 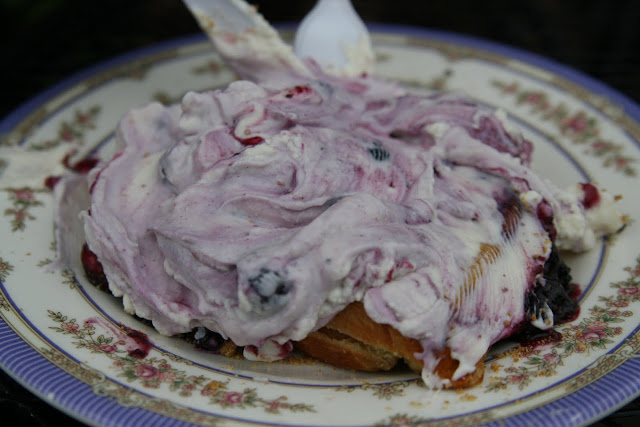 The end result of the blueberry cheesecake waffle. 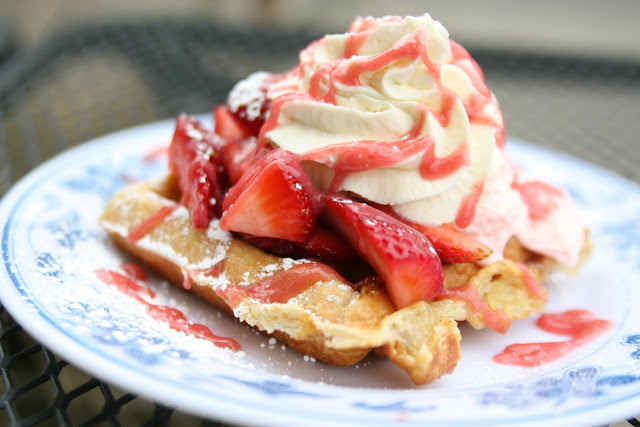 Johnny and I also got another sweet waffle, it is called the Rose City waffle. Compared to the blueberry, Johnny and I weren’t a big fan of the rose flavoring. The sliced strawberries on top of this crunchy, sugar-coated waffle was delicious though. It’s topped with rhubarb sauce and also whip cream. This place definitely puts whip cream on all of their sweet waffles. 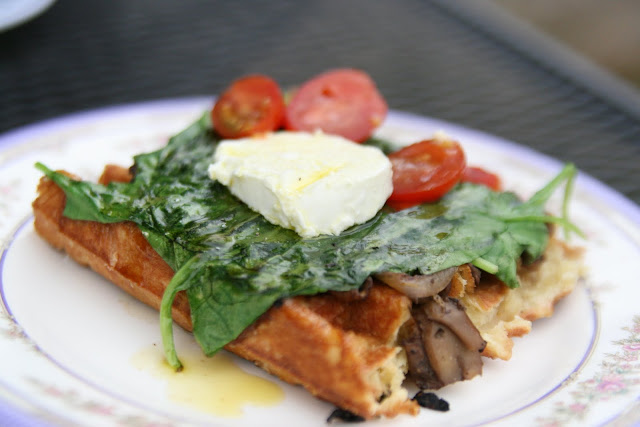 This was by far our favorite waffle. It was the Farm Fusion waffle, with the same slightly crunchy/sweet waffle with spinach, grilled mushrooms, red peppers, tomatoes and marinated chevre. It was a good complement to the savory waffles we ate. 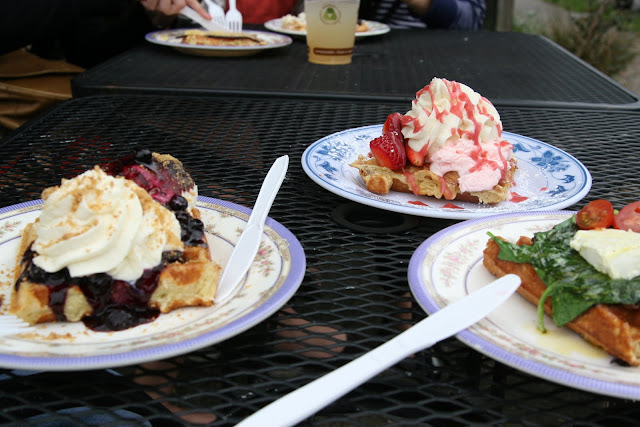 The Waffle Window didn’t really have much seating, luckily it was a decent dry day in Portland, so we sat outside. There was quite limited seating inside. 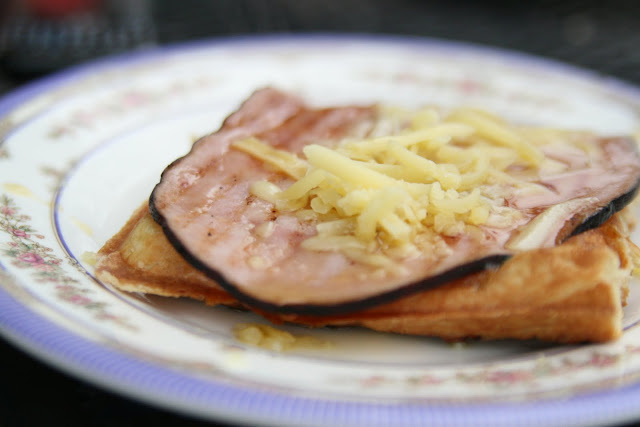 This is the other waffle Kathy got. It was the ham and cheese waffle. It’s black forest ham with Jarlsberg and Gruyere cheeses served with Grade A maple syrup. Yum for sure, I enjoyed that probably more than my sweet waffles.

Overall, there are so many waffles to try, and with their menu constantly changing.. it’s definitely worth coming back. It’s also at a decent price of $4-$5 each. Those sweet waffles are a good dessert to end any dinner. They close at 9pm on weekends!