For dinner, Johnny took me to this family owned Italian restaurant, Perche’ No Pasta & Vino near Wallingford. I was craving some pasta.. and he’s so nice enough to suggest this, even though this was for his birthday 🙂 I apologize for the photograph quality, these were taken with my phone. 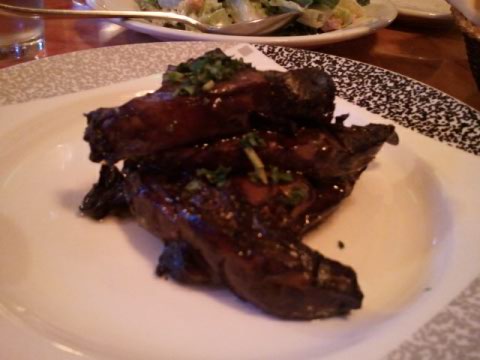 For starters, we got a typical Caesar salad and also their housemade marinated grilled Portabello mushroom that were gynormous. These had such a distinct, smoky flavor like it was kind of BBQ, but it was so savory. It kind of looks like it could be mi-steaken… for steak haha, but it was one of the best Portabello mushrooms I’ve ever had. 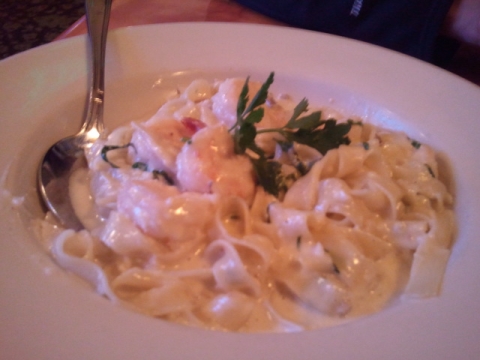 For one of our main courses, we got a fettuccini with large prawns, basil, cream and parmesean cheese. I would say I liked this more than the other main course we had, I’m a little biased because I love cream sauces… and noodles. How does it to compare to other fettuccini’s I’ve had? It was pretty decent, they definitely gave us a lot of prawns. 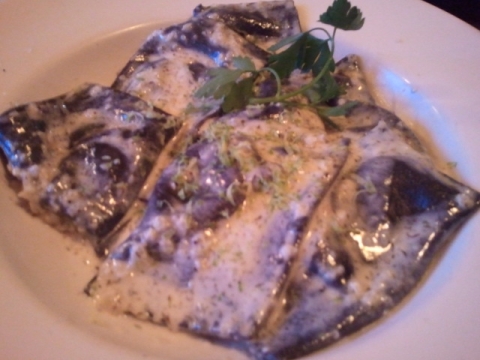 This is the other main course we had, which was the squid inked raviolli filled with smoked salmon, dill, lemon, and cream. At the first bite, it was a little more tart than I thought it would be. It was definitely flavorful, but the filling with salmon kind of lacked a little. It was definitely a risky choice, but definitely worth trying something “squid inked.” 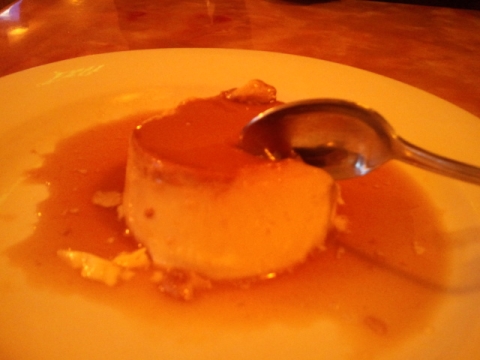 This was the free dessert we got for checking in on Yelp! It was basically creamy flan. It’s definitely not as firm and just melts in your mouth after each bite. It wasn’t too sweet and it had a good flavor with the syrup. Delicious. 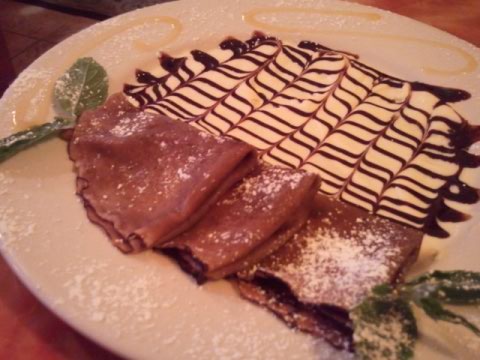 After eating all this food you’d think we’d be stuffed right? I insisted on ordering this.. it’s crepes infused with nutella with cream and chocolate syrup. It was absolutely delicious because I’m a big fan of nutella. We slathered each crepe with the cream and syrup and it’s the perfect way to end a great date.

The service was great, the owners are Chinese and very nice. For Mother’s Day they were giving roses to all the moms and the chef/owner went around the greet tables. Awesome I’d say!