I went to San Francisco with a group of friends during spring break, and we went to this restaurant recommended by my brother before visiting Alcatraz Island. It’s called Brenda’s, which is French Soul Food. Walking here was a little sketchy, because it was near Tenderloin (not the safest area) in San Francisco.. but the end result was quite worth it. 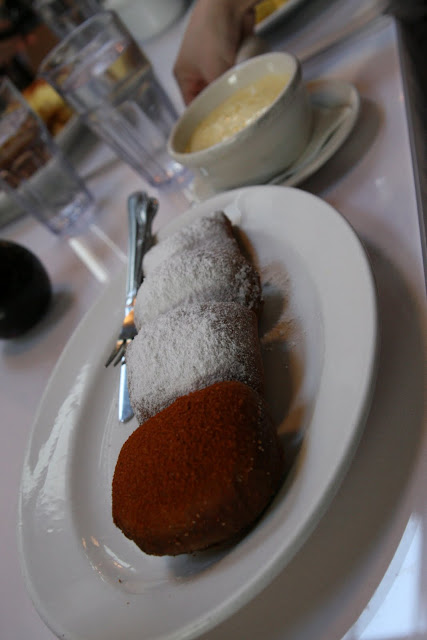 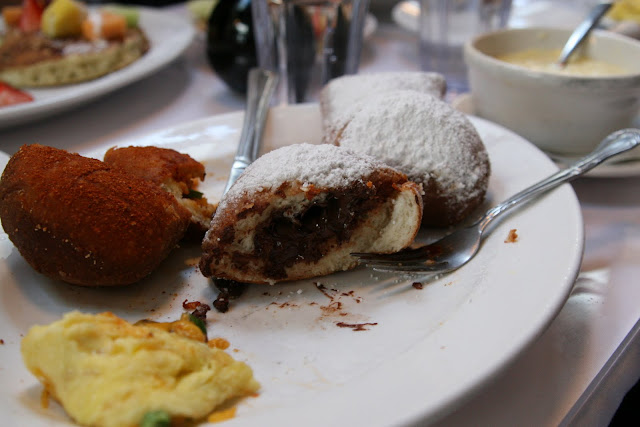 Tia ordered this actually. It’s the beignet flight that consisted of a crawfish donut, plan donut, chocolate donut, and an apple donut. I tried the crawfish… and it was to die for. It had a good mixture of salty and sweet that was a perfect balance. Next to her plate were grits, which I did not try.